Hey y’all. About a year ago at the very beginning of my blog, I did a post: Series I Definitely Want to Complete in which I talk about five series that I wanted to complete last year. Well, if you have been reading the blog for a while, you know that I have HUGE commitment issues with completing series. However, I haven’t done too bad with this post. Let’s find out which series, I completed and which ones that I have not:

Harry Potter by J.K. Rowling – Don’t hate me but I still haven’t finished the series. I have Deathly Hollows to read and I’m just waiting to be in the right mental state, because of all the deaths in this book. I do plan to pick this up really soon and then go back through and re-read the entire series again.

The Raven Cycle by Maggie Stiefvater – It has been almost a year since I read the Raven Boys and I have owned The Dream Thieves about that long too. I plan on re-reading The Raven Boys via audio and continuing with the series starting next month. 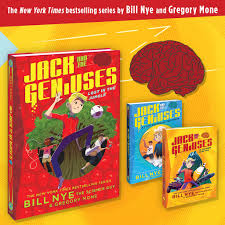 Jack and the Geniuses by Bill Nye and Gregory Mone – Y’all know that I LOVE this middle grade series. The third book just came out this month and I can’t wait to read it. This follows three emancipated children, two are geniuses and Jack is just a “regular” boy, they stumble upon an inventor and adventures ensue.  They have been to Antarctica and Hawaii.  In the latest one they journey to a jungle. These books not only teach, somewhat complex, scientific things but there is also a mystery wrapped up in the story. I have gushing reviews for the first two books. (At the Bottom of the World and In the Deep Blue Sea)

The Lunar Chronicles by Marissa Meyers – I completed this series! I haven’t read the novellas but I have read the four main books, so I’m counting this as a completed series. These were fun and entertaining. I do highly recommend the audiobooks for this series. 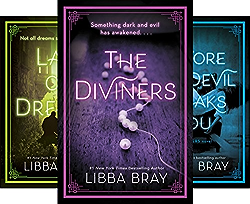 The Diviners by Libba Bray – I cannot believe that I haven’t read the next two books in this series. The Diviners was so good and I own the second book on audio and I just haven’t read it. These are some of the best audiobooks out there. The narrator is fantastic. I really want to get to this one soon, so that I can get caught up with the series.

Overall, I would say that I haven’t done too bad. I’m really trying to not let series sit without picking up the next book for too long. In my mind, I would like to pick up the next book in a series within a month of reading the first one. This sounds good in theory but we’ll see.

Which of these series should I pick up first? What is your favorite series? Let’s chat in the comments.